Equifax, one of the three major credit bureaus of the United States, recently announced their systems had been breached in a colossal way. The net result is the Social Security Numbers (SSN) for 143 million U.S. citizens have been stolen.

Until we know the exact details of the breach, it is a reasonable assumption that if you have an established credit history, anyone who wants to obtain your SSN and is willing to pay for it, can now do so.

This breach was possible due to a failure by Equifax to patch a well known security vulnerability in the software stack used by some of their systems. You can assign well-deserved blame all day, but it was only a matter of time (not a matter of if) before something of this scale occurred. If not by Equifax, then by someone else; there are so many copies of your SSN floating around in various lists used by banks, credit card companies, loan providers, state and local governments, payroll processing companies, tax return services, and so on, that it is truly baffling that we continue to use the SSN as a form of authentication.

In other words, to this day, having knowledge of one’s SSN (and a few other semi-permanent details, most of which were also stolen) is sufficient to prove to a credit provider that you are you!

A while back I wrote a post about implementing a Federal ID system that includes a randomly generated public key as part of the necessary information needed to prove your identity. At the time, much of the focus was on creating a strong system to prevent voter fraud, but that ID system would also make a breach like Equifax’s no more than a minor hassle for most people, rather than the permanent risk of their identity being stolen and wrecked that it is now.

Such a system would not have to be implemented exactly as I described, but if we want to mitigate the effects of the Equifax breach, identity authentication systems in the future must require two types of information:

The ephemeral information should be centrally managed (whether public or private is another discussion) and implemented as part of a system that serves no other function than being a broker between you and another party attempting to verify your identity.

We can’t continue to do important security with static information alone! 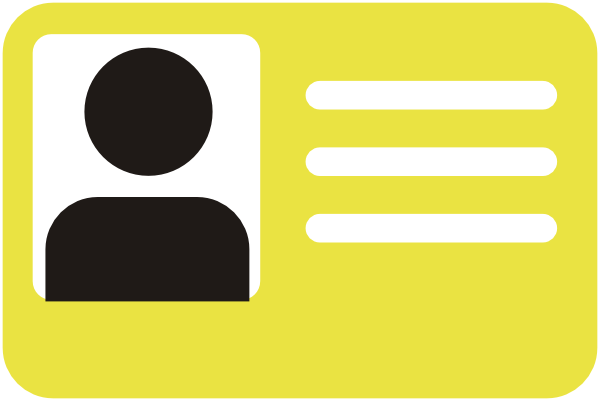 We should have a federally funded, nationwide ID program. Here’s why and how, briefly.

A federal ID could be used to help ensure the sanctity of the democratic process. With it, one could prove their identity when voting to prevent fraud and hopefully alleviate suspicion of it. Note, there are studies that indicate ordinary voter ID does not increase one’s confidence in the system, even though 80% of our country is in favor of voter ID. However, I am not describing an ordinary voter ID.

If implemented as described below, a federal ID could reasonably prove one’s identity whether in-person, by mail or even online. It could also provide forensically sound evidence in the event that a vote is disputed in any region – each vote would be tied to a unique federal ID and digitally signed with their private key. By verifying a small, random sample of votes one could readily determine that no ballot stuffing, fake registrations, or hacking occurred. After a period of time, the link between ID and vote could be destroyed to retain anonymity (something not guaranteed even now by absentee ballots).

If implemented as described, such a federal ID could mitigate the risk and damage of identity theft. A simple trip to the local card office could permanently lock out the stolen credentials while allowing the victim to continue utilizing their federal ID number. Any further attempts to utilize the stolen credentials will fail yet still be useful for law enforcement purposes.

A federal ID could also be a convenience by consolidating common information. It could be used to provide proof of eligibility for employment. Employers could scan the card and get instant feedback in lieu of the existing I-9 forms. It could show you have a license to drive or carry a concealed firearm in a given state, or even have a professional license. Each state could petition the federal government for certain features they’d like to be readily shown on the ID.

Cost. There is no way to get around the issue of cost. We simply must decide that the cost of this program is worth it or necessary. However, I am advocating for this ID to be federally funded (including a certain number of re-issuances for loss/theft), thus not an instrument of systemic bias against lower income individuals. To further facilitate that income neutrality, we could fund local employees who will meet lower income individuals at work or home for the purpose of identity verification and issuance, to prevent acquiring or updating the ID from being a source of financial hardship.

Privacy. This is a valid concern with any national program that tracks citizens. However, we are already tracked by multiple federal agencies. There is no reason why a federal ID has to further reduce our privacy, especially if we apply the following stipulations:

Solution in Search of a Problem. This argument is frequently made by advocates against voter ID such as the ACLU. For instance, they claim there is no evidence of in-person voter fraud being even a minor problem. Even if that is entirely true, voter fraud is a frequently discussed national concern. As mentioned above, a vast majority of our nation is in favor of some form of voter ID, even though they may not realize that ordinary voter ID does not solve many of the problems they are worried about.

I emphatically dispute, however, the ACLU and other’s claim that a federal voter ID could not prevent voter fraud by mail. Digital signatures (and a pseudo form of them for ballot by mail) are a proven technology that can be used to provide a reasonable system of validation of every mailed or digitally submitted ballot, especially if implemented as described below.

We can implement a federal ID program that prevents most forms of voter fraud (except coercion), gives consumers greater protection from identity theft and does not reduce privacy.

A court order can only do so much…

By now I’m sure most of you have heard about the debacle between the FBI and Apple.

Here’s a brief summary before I explain the ramifications:

The FBI has the San Bernardino shooter’s iPhone 5C but they can’t get into it because it’s locked behind a passcode. The passcode is used to key device-wide encryption so they can’t just remove the flash RAM and read it – what they read would be indecipherable random noise.

They also can’t brute force the passcode because Apple phones have a feature (which can be enabled by the user) that wipes the phone clean after a certain number of wrong guesses. That feature may be enabled on this phone so they can’t risk it.

What the FBI has asked Apple to do is create a purposely compromised version of their operating system that allows unlimited guesses, does nothing to delay each guess and allows guesses to be submitted over the Lightning jack and possibly through Bluetooth or WiFi. They then want Apple to sign this compromised OS image with Apple’s private software distribution key (so that the phone accepts it) and boot the phone with it so a law enforcement agent can brute force crack the passcode.

The legal issue: the FBI has a court order permitting them access to this specific iPhone and ordering Apple to provide it as described above. Apple has the technical ability to fulfill this request but is refusing to do so on principle. This is somewhat akin to the FBI having permission to attempt to crack a bank vault but Apple won’t let them in the door.

Tim Cook’s open message misrepresents a few of the technical issues but his legal argument is very sound: Apple will probably challenge this all the way to the Supreme Court but if they lose and comply with this order the legal precedent will be set and the government will have the (potential) ability to order this procedure done with other phones.

Granted, that’s a slippery slope argument, but I’ve got another one for you: this newly acquired ability will quickly become pointless as terrorists begin using their own custom software to provide end-to-end encryption of communications. This type of software can be written by a single developer with a smidgen of crypto competency and decent computer science savvy. The necessary encryption algorithms are freely available in open source libraries.

This loops us back to Tim Cook’s original point, but not in the way he was thinking: once Apple designs a backdooring process it will become increasingly useful only for nefarious people who want access to the phone’s normal features – the ones you and I use (banking, paying with Apple Pay, emails, SMS messages, Facebook, etc.) Any decently sophisticated criminal or terrorist organization would have nothing to fear after word spread and solutions were developed. If you’re the paranoid type, it would also enable the government to more easily spy on you.

There’s one more complication here: nothing is stopping Apple from building in hardware that makes it intractable for them to override the passcode behavior in the future. Indeed the only reason a software solution is somewhat viable now is because the 5C uses the older A6 chip. The A7 and up (used in all later iPhone models) already enforces an escalating delay after each wrong guess.

Bottom line: this is not something Apple can be reasonably asked to do going forward. Building in a backdoor from the factory is absolutely unacceptable for the obvious reasons. I really don’t know what law enforcement can do about this – good, well implemented encryption is impervious regardless of what resources are applied to cracking it, barring specific mathematical discoveries and dramatic increases in computing power.

Hundreds of automatic license plate recognition (ALPR) systems were found wide open on the Internet by the Electronic Frontier Foundation (EFF). These systems potentially store years worth of archival data indicating which vehicles drove by a particular place at a particular time. Amazingly, this is not even that big a deal anymore, as it is not beyond the capability of a single decent developer now to create an ALPR system from scratch.

This is a good example of how one’s digital footprint grows over time by factors outside our direct control. It also demonstrates one component of the intractable nature of computer security – incompetence.

A recurring theme in sci-fi is the danger that new technology presents to mankind.

Perhaps the pinnacle of dystopic scenarios is the Singularity, that moment where artificial intelligence (AI) begins continuously self-improving to the point where we potentially lose control. This was the premise for the popular Terminator movies and others such as I, Robot and Transcendence, each featuring a race to shut the technology down before it grew out of control.

In this discussion, I will be making the argument that defending us from technology on a per-item basis is an intractable problem, thus the best solution requires focusing on the human beings who would erroneously or maliciously utilize technology to cause harm. I’m going to suggest a far more radical measure than simple psychological profiling or background checks. In order to appreciate its necessity, the intractability problem must be fully understood. END_OF_DOCUMENT_TOKEN_TO_BE_REPLACED

An interdisciplinary outlook on the future of Humanity